Recently, the sharp drop in U.S. import demand has caused a stir in the industry. On the one hand, there is a large backlog of inventory, and major department stores in the United States are forced to launch a "discount war" to stimulate purchasing power, but the amount of inventory as high as 10 billion yuan still makes merchants complain. On the other hand, the number of U.S. sea containers has recently plunged more than 30% to an 18-month low.

The biggest losers are still consumers, who have to pay for high prices and tighten their waistbands to increase their savings to prepare for a less optimistic economic outlook. Analysts believe that this is related to the Fed's start of the interest rate hike cycle, which puts pressure on U.S. investment and consumption, but whether the global trade cost and inflation center will further rise is more worthy of attention.

Analysts assert that the backlog of U.S. merchandise inventories will further reduce U.S. import demand. According to the latest data released by large US retailers recently, Costco’s inventory as of May 8 was as high as 17.623 billion US dollars, an annual increase of 26%. Inventory at Macy's was up 17% from last year, and the number of Walmart fulfillment centers was up 32%. The chairman of a high-end furniture manufacturer in North America admitted that the terminal inventory in the United States is too high, and furniture customers reduce purchases by more than 40%. Many other company executives said they would get rid of excess inventory through discounts and promotions, cancellation of overseas purchase orders, etc.

The most direct reason for the above phenomenon is the high level of inflation. Some U.S. economists have long speculated that consumers will experience an “inflation peak” immediately after the Federal Reserve starts its interest rate hike cycle.

Chen Jiali, a macro researcher at Everbright Securities, said that U.S. consumption is still somewhat resilient, but the personal savings rate has fallen to 4.4% in April, the lowest level since August 2009. It means that in the context of high inflation, household spending grows faster than income, which results in residents being forced to withdraw their early savings.

According to the latest data released by the Federal Reserve, the price level growth rate in most parts of the United States is "robust". The producer price index (PPI) has grown faster than the consumer price index (CPI). Nearly half of the regions reported that companies were able to pass on high costs to consumers; some regions also pointed out that they were "resisted by customers", such as "reducing purchases". , or replace it with a cheaper brand" etc.

Cheng Shi, chief economist of ICBC International, said that not only did the U.S. inflation level not fall substantially, but secondary inflation has also been confirmed. Earlier, the U.S. CPI rose 8.6% year-on-year in May, breaking a new high. The inflation incentives in the United States have begun to shift from the push of commodity prices to the "wage-price" spiral, and the intensified imbalance between supply and demand in the labor market will lift the second round of inflation expectations in the United States. At the same time, the U.S. economic growth in the first quarter was less than expected, and the recovery of the real economy slowed down. From the demand side, under the pressure of high inflation, private consumption confidence has continued to decline. With the peak of energy use in summer and the rise in prices not peaking in the short term, it may be difficult for US consumer confidence to quickly recover.

In fact, the spillover effects of high inflation and overstocked inventories deserve more attention. Cheng Shi further pointed out that in addition, there are still great uncertainties in external geopolitical risks, which will not only directly affect the prices of relevant commodities and push up overall inflation, but also intensify trade protectionism, worsen the global trade environment, and disrupt the global trade environment. The global industrial chain and supply chain are smooth, increasing trade costs and further raising the center of inflation. 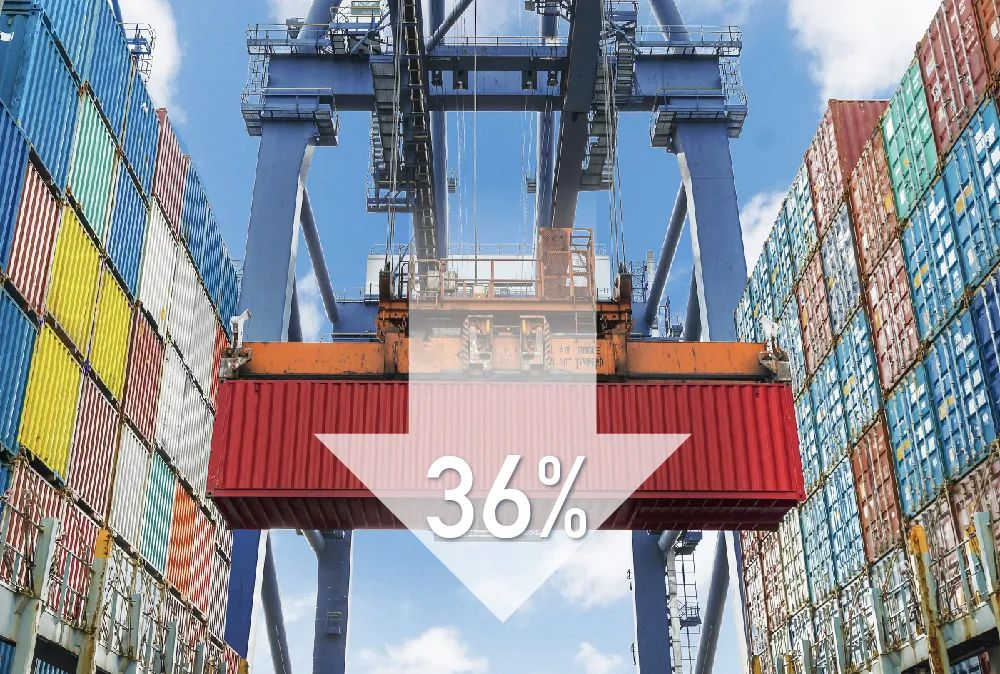 Containerized imports to the U.S. have fallen by more than 36 percent since May 24, with U.S. demand for imports from countries around the world shrinking. Cheng Shi pointed out that the survey released by the ABC in June showed that most respondents were dissatisfied with Biden's economic policies since he took office, 71% of the respondents were dissatisfied with Biden's efforts to curb inflation, and more than half of the respondents believed that Inflation and economic issues are extremely important.

To sum up, Chen Jiali believes that the risk of a U.S. economic recession is on the rise, and is conservative on the overall economic outlook. JPMorgan Chase CEO Jamie Dimon even warned that the days ahead would be "darker," advising analysts and investors to "prepare" for changes.